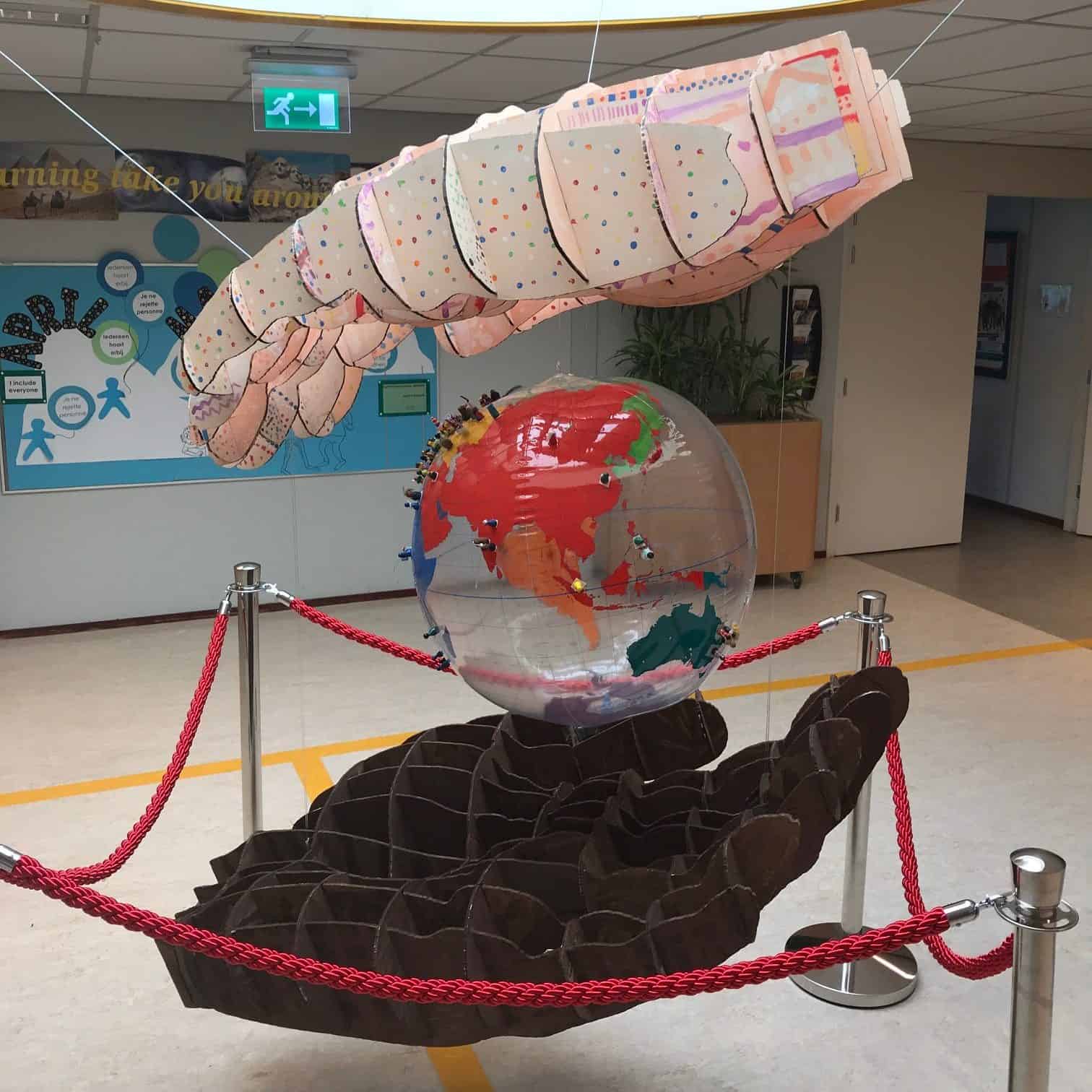 During the European hours in March and April all pupils in P3, 4 & 5 collaborated with the firm ARUP, located in Amsterdam. Representatives from ARUP came in and shared their knowledge and technical skills whilst working with the children on devising a product which would represent their perception of the spirit within the European School in Bergen. The children spent time sketching and making models of their ideas. Early on in the design process it became clear that ‘hands’ played a big part in how the children represented their feelings.

The PA supported this project with enthusiasm by providing the funds for materials used in the final sculpture: two hands encompassing a world globe. Each child created their own self in miniature which was then attached to the globe to demonstrate the diversity of cultures represented in the school. The sculpture is for all to see and hangs in the primary corridor opposite the DC and Nadia Roofthooft’s office.

This website uses cookies to improve your experience while you navigate through the website. Out of these, the cookies that are categorized as necessary are stored on your browser as they are essential for the working of basic functionalities of the website. We also use third-party cookies that help us analyze and understand how you use this website. These cookies will be stored in your browser only with your consent. You also have the option to opt-out of these cookies. But opting out of some of these cookies may affect your browsing experience.
Necessary Always Enabled
Necessary cookies are absolutely essential for the website to function properly. This category only includes cookies that ensures basic functionalities and security features of the website. These cookies do not store any personal information.
Non-necessary
Any cookies that may not be particularly necessary for the website to function and is used specifically to collect user personal data via analytics, ads, other embedded contents are termed as non-necessary cookies. It is mandatory to procure user consent prior to running these cookies on your website.
SAVE & ACCEPT